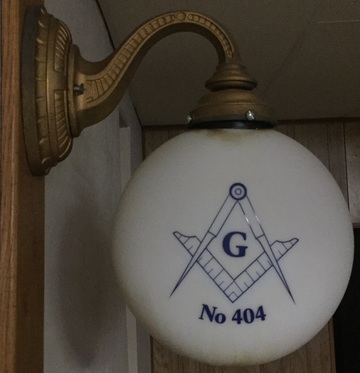 The forefathers of the Pataskala Masonic Lodge have labored, and we should continue that sacred responsibility. Those sturdy Masons who organized this Lodge were men of faith, who built better than they knew, as men of faith will always do. They believed in the future; in the growth of large things, and above all, in the principles of Masonry as the true foundation of society. They knew that the Pataskala Masonic Lodge was a silent partner of the home, the church, the school; and that its influence would help build this community in strength, wisdom and beauty. But it has been said (and we quote from the 1904 historical): “The critical period in the history of Pataskala Lodge is passed. There have been times of depression and activity, but these periods have been tided over by officers, faithful in the discharge of their duties, and by that zealous minority of members who held steadfast to the lofty and ennobling principles of Freemasonry.
The Lodge stands today as a monument to the memory of its founders, who fought the early battles for recognition and advancement; a trust to the present membership upon whom rests the burden of maintaining that high standard of Masonic tradition, which is the only guarantee of perpetuity; a bequest to the future officers and brethren whose opportunity will be to gather wisdom from the past to the end that they may truly exemplify the grand and noble teachings, the sublime principles and the exalted ideals of Free and Accepted Masons.”
Those are noble thoughts; but oh! that they may ever be true. Since these words were written by our venerable Brother Secretary Richard Conine in 1904, there have been ever recurring “critical periods.” As long as the population increases on this earth and the trend to mediocrity continues, so long as Masonry “holds aloft her hoary head crowned with majesty and clothed in stately lines,” the Lodge will continually be in a “critical period,” and needs the attention and support of every member.
Let’s look back to that old fervency when we first saw light in the Lodge; let’s go back and keep the faith with its teachings; let’s go back and renew our allegiance to those first principles; let’s go back and give the Lodge the support it needs and deserves. Consider this thought which may be attributed to W.B. Walter E. Norris, “Home, that which binds humanity together, is the cornerstone of society. It was crude as all things were in the morning of time, yet it developed a love, beauty and tenderness in which we were born; and the memory of which hallows us still.”
The Lodge is but an extension of the home into society; of bonding together like people in reciprocal love and friendship, understanding, helpfulness, and of preserving morality and trust. Like some depart from the home and family, some drift from the Lodge and society. They become immersed in their own problems and selfish pursuits, thus unwittingly eating at the very foundations of their heritage. The Lodge also has a definite responsibility in the matter. Since its primary function is to “bring to light,” further, and put into practical application the noble, lofty and sublime principles so zealously taught in the early home; it must also be able to instill into the hearts of its members the importance of actively pursuing such a program, if our heritage is to survive as an humanitarian society, and if were are ever to be, all “brothers.”